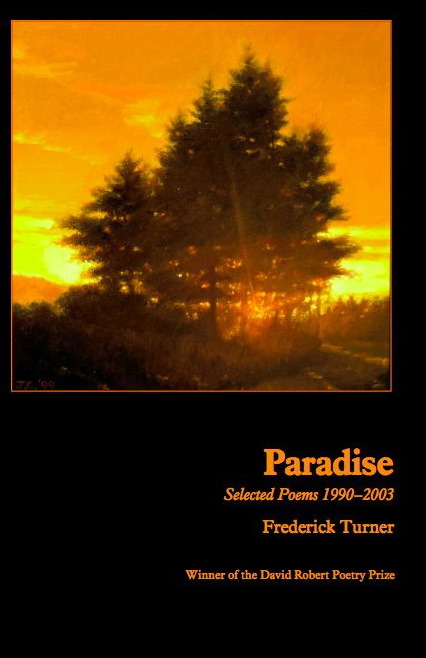 Paradise, the newest collection of poems from a founding member of the Expansive Poetry movement,  is a towering meditation on history, mortality, and love. Moving away from the long poems that are his signature, Turner has crafted a fierce exploration of the passage of time through mostly short lyrics and mid-length sequences,  concluded by an essay of charactertistic  breadth that brings together the many threads of his thought.

Frederick Turner is Founders Professor of Arts and Humanities at the University of Texas at Dallas. He was educated at Oxford University and taught at the University of California at Santa Barbara and Kenyon College.  A poet, critic, and former editor of The Kenyon Review, his books include Genesis: an Epic Poem; Natural Classicism; Foamy Sky: The Major Poems of Miklos Radnoti (translations, with Zsuzsanna Ozsvath); The Culture of Hope; Hadean Eclogues; and Shakespeare's Twenty-first Century Economics: The Morality of Love and Money.
Comments on Frederick Turner's Earlier Poetry

“This is a work of singular nobility and excellence.”—Tom Disch