The Anatomist, Poems by Arthur Ginsberg 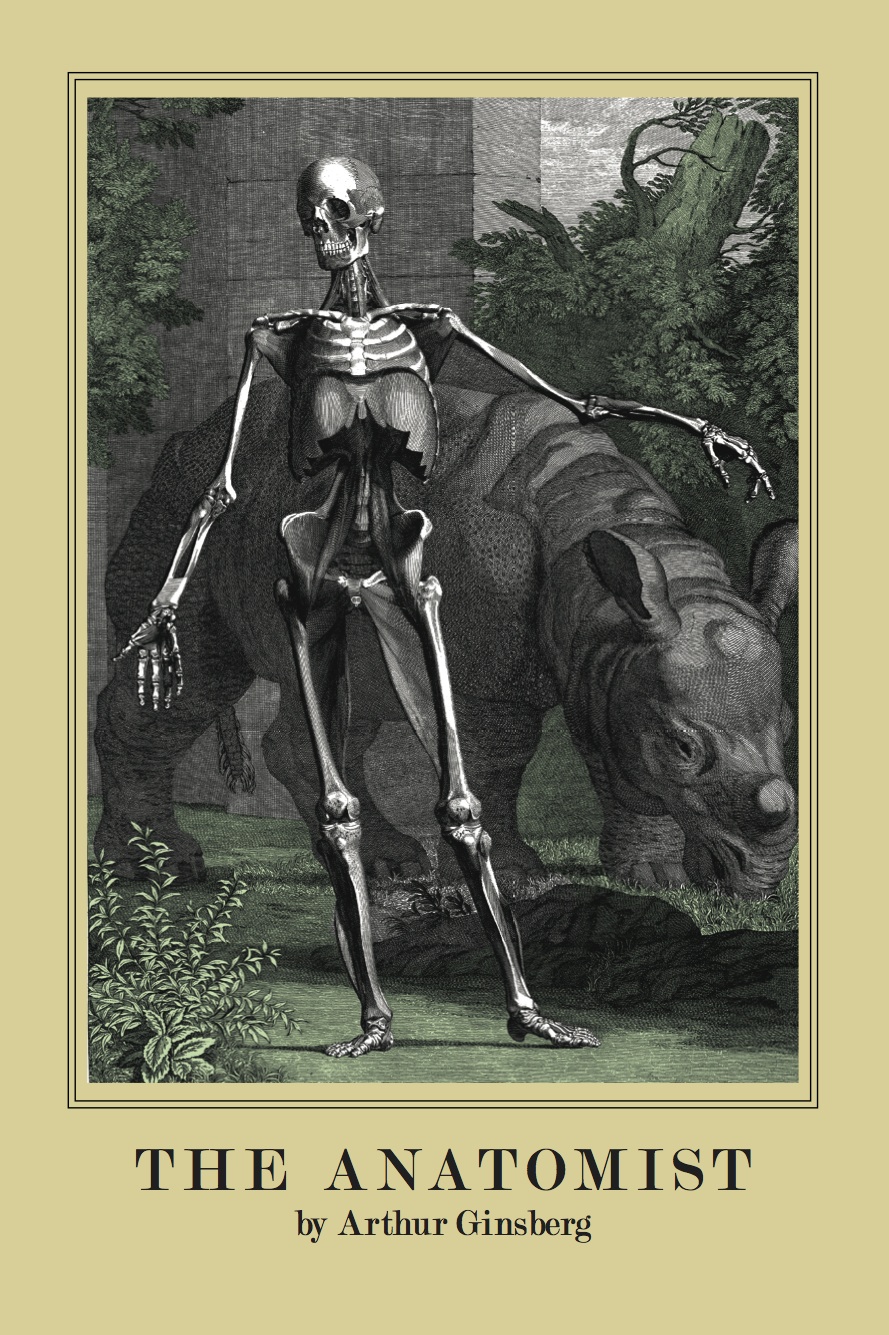 Arthur Ginsberg's The Anatomist searches the connections between the mind and the heart, and finds those connections are greater than just neuron and vein.

"Arthur Ginsberg's The Anatomist is a powerful, deeply compelling and enviable first book of poems. Charting his love of the natural world as well as his experiences in the realm of medicine, Arthur Ginsberg segues to a series of superb - and exquisitely delicate- poems about love and family. Meditative and reflective, this is a truly notable debut collection that must be celebrated."--David St. John

"If some poems are based on 'the deep image', then these poems are deep bodily glimpses. In their sensual detail and lush color, they show us the healer's reverent attention, his abiding regard for the physical world." --Joseph Millar

"The Anatomist steps 'between cadavers/like a priest', opens caverns filled with flowers/and serpents', and the reader follows him by torch-light, through a life of gristle and bone, as well as toward the elusives: 'chimera' and 'the mortal bridegroom of the soul.' Arthur Ginsberg is a doctor, and we trust his good words as a patient trusts a good practitio-ner. The authority in his voice and the toughness of his vision reveals the primacy and hiddeness of the body, the pauper's body, the lover's body, the battered, chambered, delicate, pristine and desolate body, that vessel of which we know so little, that which ferries us across."-- Dorianne Laux

Arthur Ginsberg grew up in Montreal, Quebec where he attended McGill University medical school and trained as an internist and neurologist. A love for poetry began in his teenage years. At age 65 he earned an MFA degree in creative writing. His poems reflect a fascination with the intricacy of the brain, and devotion to humanitarian centered care for his patients. He has been blessed by a 42 year love affair with his wife, and by 2 extraordinary daughters. He received the William Stafford award in poetry in 2003 and the Humanities award from the American Academy of Neurology in 2010. His poems have appeared in such magazines as the Atlanta Review, the Saranac Review, the Georgetown Review and the medical anthologies, Blood and Bone, Beyond Forgetting, and Primary Care. In 2012 he began teaching a seminar on the interface between poetry and healing in the University of Washington's honors program.